Along with Robert Scoble and Ben Parr, Rambus CMO Jerome Nadel recently took part in a keynote discussion at the IoT Influencers Summit. The closing session – which also featured AKQA Chairman Tom Bedecarre and Edith Yeung of 500 Mobile Collective – explored how consumers will interact with their IoT devices and applications in a world where everything is connected.

According to Nadel, the IoT represents a natural evolution of distributed computing, with advanced sensors enabling a “smart” future characterized by ubiquitous connectivity (hardware) and apps (software) that are contextually aware. 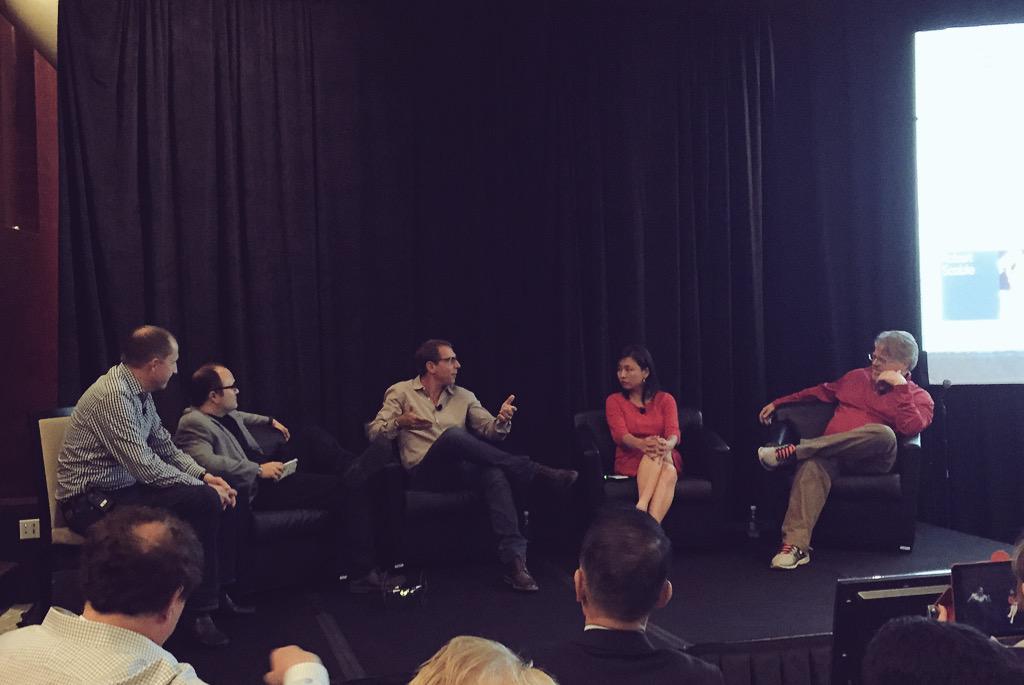 “The mobile devices we are familiar with today, such as the smartphone, won’t necessarily be around in the future,” said Nadel. “One really has to question if we need to be forever tethered to a display-based handset. Perhaps we can – one day – get rid of the phone and create a virtual environment that provides a more immersive user experience.”

Smart nodes, says Nadel will be an integral part of enabling such a future.

“Installed throughout smart cities, these ubiquitous endpoints can be tasked with instantly diagnosing and correcting a wide variety of issues, including failing power grids, malfunctioning streetlights and even providing possible solutions for heavy traffic,” he explained.

“However, beyond the hardware, I think the true value of smart infrastructure will be driven by predictive analytics and software that extracts real meaning from the complex relationship between seemingly disparate Big Data sets. This will require a new approach to data centers and servers as demand for bandwidth and capacity continues to scale upwards.”

Perhaps most importantly, emphasizes Nadel, is how the IoT can potentially help the consumer master complex tech with a minimal amount of effort.

“Instagram is a perfect example,” he said. “Individuals without extensive Photoshop experience can take pictures, run them through a digital filter, easily add effects and send the images to friends and family.”

Robert Scoble expressed similar sentiments, noting that the consumer may never know what truly lies behind the term IoT. To highlight his point, Scoble brought up the example of Internet-connected vending machines.

“Maybe a consumer can use his or her watch to pay for a snack, but they won’t necessarily think of the vending machine as part of the Internet of Things,” he opined.

Scoble also discussed the ways in which sensors and Big Data were on track to revolutionize agriculture, as smart farms could very well boast up to 50 sensors per acre to help increase crop yields within a 10-year timeframe.

Weighing in on the future of the IoT, AKQA Chairman Tom Bedecarre agreed that the average consumer might not be aware of the IoT from a technical perspective. However, consumers will almost certainly use technology and devices connected to the Internet of Things. Like Nadel, Bedecarre also believes it will be critical for companies to extract real value from IoT-generated Big Data.

“Like so many other things, retail as we know it will be changed by the IoT, as the physical and digital worlds come together,” he added.